Approaching 300 people from around the world gathered at Christ Church in Dore, near Sheffield, on 24 September to pay their last respects to Jonathan Peck, the founder and owner of Killgerm Group.

Many knew Jonathan was ill, but his sudden death on 15 September came as a surprise to everyone – see announcement made by Killgerm here.

Family, friends and members of the pest control industry gathered to honour a man who had played a part in the lives of so many people. Jonathan had left instructions for the funeral service, so it came as no surprise – when in true Jonathan style – his coffin was ushered both into and out of the church by a jazz band! This helped relieve the sombre atmosphere.

Jonathan was a ‘big man’ in every sense of the word, and he had asked Peter Kitson, the group deputy chairman & finance director of Killgerm Group, to deliver the eulogy. This difficult task he performed brilliantly. Peter began by saying: “We are all feeling in a state of shock at this dreadful event and will all greatly mourn his passing, but through the sorrow and sense of loss that we are feeling right now, let us try to remember the happy times we all had with Jonathan and rejoice in the fact that he touched our lives in so many different ways.”

Peter went on to describe Jonathan as family man, business man and the man himself. “I am sure you all have your own recollection of Jonathan’s character, but in particular you will all remember him as a person who loved having fun and enjoyed life to the full,” he said. A sentiment all present would concur with.

Mourners came from all four corners of the globe. At the reception following the service, one respected member of the UK industry summed-up those present by saying:”If a bomb went off now, there wouldn’t be much left of the UK pest control industry.” Maybe so, but without Jonathan the industry has lost a key leader.

A more detailed tribute to Jonathan will appear in the next issue of Pest. 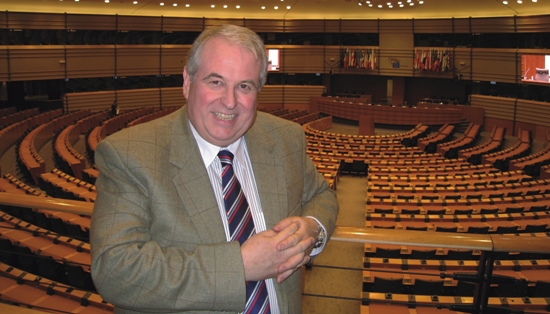