How many harris hawks do you know who have their own Wikipedia entry, Facebook and Twitter account as well as featuring in their own TV commercial? Not many! But Rufus who flies the skies at Wimbledon keeping the pigeons at bay can claim all these.
Owned by Northampton-based Avian Environmental Consultants and flown by Imogen Davis, seven-year-old Rufus has become a real media star. He even mingles with royalty having been presented to the Duchess of Cornwall during her visit to the tournament on 2 July. 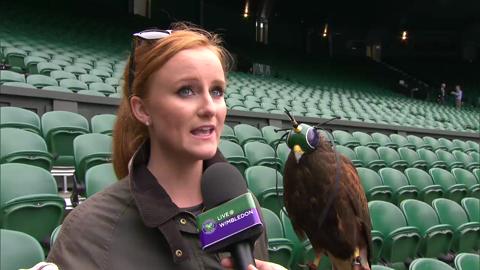