Natural England has today released details of the new arrangements to allow pest professionals to use lethal controls to manage herring and lesser black-backed gulls in England. Anyone intending to control these species to protect public health and safety must apply for an individual licence, A08.
The new A08 licence allows the holder to kill, take or disturb herring and lesser black-backed gulls to prevent disease or agricultural damage, for conservation, or public health and safety.

Natural England says that applications should be made before 15 March 2020, if possible and that they will respond as soon as possible after this date and in any case within 30 working days of receiving the application. The licence is free.

In deciding whether to issue a licence Natural England will consider the strength of need but generally protecting human life and health will be the overriding priority. Any control undertaken under other purposes such as preventing serious damage and conserving wild birds and flora or fauna will need to be targeted.

Readers may recall that these two species were not included in the new General Licences issued last summer because of concerns about their conservation status. The UK conservation status for herring gulls is red, and for lesser black-backed gulls the status is amber. The breeding population of herring gull has fallen by 60% in recent decades, with lesser black-backed gulls declining by an estimated 48%.

Natural England has now completed an assessment of the scale of licensed activities which will be sustainable. It has emerged from this that the scale of activity carried out under licences in recent years is too high. Continued activity at these levels is likely to have a harmful impact on the population levels of both species.For this reason, the lethal control of these gull species is being scaled back. 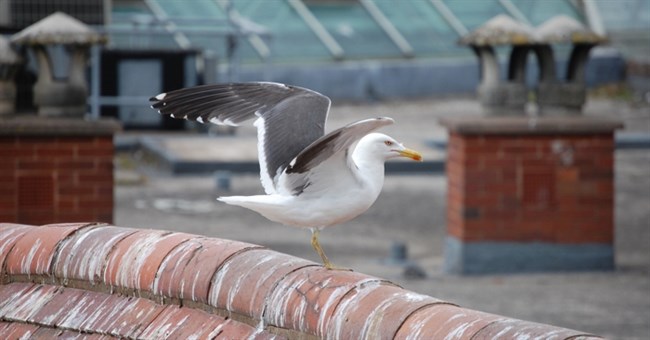 Rural area restrictions
In rural areas, where populations overall are known to be in decline, Natural England will set upper ‘safe’ number of birds that could be killed. Upper ‘safe’ levels have not been identified for lethal control in urban populations of gulls, as these populations are faring better.

In rural areas, the sustainable number of birds that could be killed or taken has been set no more than 5% of the natural mortality total of each species. A quota system will be operated.

Urban area requirements
For urban areas whilst there is no limit Natural England is introducing a requirement for licence applicants to submit an integrated management strategy which details the opportunities for non-lethal methods to minimise the need for lethal control.

So to summarise if you need to control these gull species you will need to:

1. Complete form A08 and tell Natural England whether the site is ‘urban’ or ‘rural’.

2. If your work is urban then you must include an integrated management plan (A47a) with your application

3. If you intend to cull gulls at an airfield, you should check if the air safety Class Licence CL12 covers your circumstances.

Details on how to apply including an Integrated Management Plan template (A47a) are available on Natural England’ website.

You must also report any actions you took using the licence using the report form template provided on the Natural England website.

Read more about the bird licensing saga on the Pest website and in Pest 63.

And don’t forget that the new General Licences issued last June will expire on 29 February 2020.

More bird news
In further bird news the British Association for Shooting and Conservation (BASC), Countryside Alliance (CA), Moorland Association (MA) and National Gamekeepers’ Organisation (NGO) – four of the largest organisations representing shooting in England and Wales – have been joined by the Country Land and Business Association (CLA) in issuing a joint statement condemning all forms of raptor persecution. Read it here