Leeds-based commercial pest control company Key West Pest Control has relocated to a new head office following a successful year of business and the expansion of its existing team. 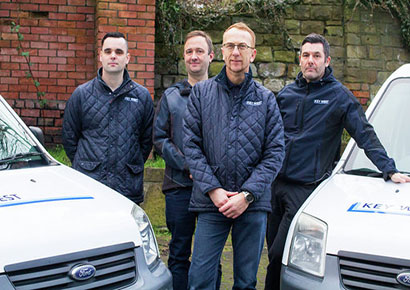 Reporting an increase in turnover of a third, the business is said to have experienced its biggest year of growth since foundingin 2013, which has led to the employment of a further specialist team member and the move to a new, larger headquarters.

Now based at Station Road, Morley the company consists of a team of four full-time specialists, and has 75 sub-contractors working across the UK and has recently welcomed Claire Oxford as office manager.

Sean Mclean, CEO of Key West Pest Control, said that the demand for its services is partly due to a regional increase in commercial pest control and prevention.

“Enquiries and bookings for pest control inspections have increased dramatically, and we’ve even seen existing commercial contracts expanding due to the increase in pest control issues,” Mr Mclean said.

“As a trusted pest control specialist, we felt it was our responsibility to increase our offering to meet the demand, and so have evolved by forming new partnerships and employing an additional team member.”