The Campaign for Responsible Rodenticide Use (CRRU) has launched an appeal for pest control technicians, farmers and gamekeepers to collect tail samples from freshly killed rats and mice. 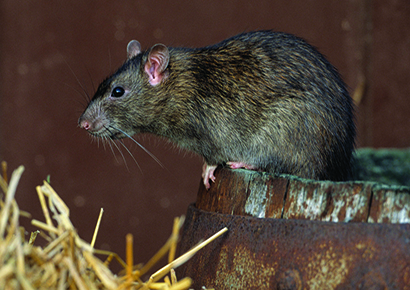 These, CRRU said, will be analysed for rodenticide resistance genes and the results added to an online national map.

Before sending tail tips, CRRU said participants need to read guidelines from University of Reading’s Vertebrate Pests Unit, where the genetic finger printing is being done.

The deadline is May 29 and every sender will be notified of their own results. CRRU said that in the past two years, new hotspots of rats with resistance genes have been found in Northumberland and County Durham, Tyneside and North Yorkshire, Greater Manchester and along the River Severn valley from north-west Shropshire to Somerset, Devon and East Anglia.

Richard Moseley, leader of CRRU’s Monitoring Work Group, said a serious concern is the almost complete lack of data from central England and most parts of Scotland, Wales and Northern Ireland.

“We can only manage the spread of resistance when we know where it is,” he said. “Currently we have the worst of both worlds.

“Farmers, pest control technicians and gamekeepers could be using products that are ineffective in places where rodents are resistant. And where resistance genes are still absent, others may be using resistance-breaking products unnecessarily. Only more samples can solve this.”