The Russell IPM Foundation, which was set up by the directors and staff of Russell IPM Ltd in support of Leukaemia & Lymphoma Research, now stands at £51,000. Thats just over halfway to its £100,000 target.

Many in the industry will be aware that the Foundation came about after Russell IPM’s Shakir and Diana
Al-Zaidi’s grandson Callum Gosling was diagnosed with Leukaemia. Watching his brave battle through some very harsh treatment inspired them to set up the Foundation with a target of £100,000. Every £1 raised is matched by £1 from the company. Fewer people will perhaps know that Callum’s other grandma, June Monaghan, also works (or should we say worked – see photo story below) for the company.

The announcement that the half way point in the fund raising effort had just been passed was made during the celebrations held on 21 December to mark the company’s achievement of a second Queen’s Award for Innovation.

Catriona Tait from Leukaemia & Lymphoma Research took the opportunity to thank everyone who had participated in the fund raising effort. She explained that her organisation is a UK charity solely dedicated to research into blood cancers and that it depends entirely on donations with no government funding. “Every 20 minutes someone is diagnosed with blood cancer,” she said. The charity’s life-saving research is focused on finding causes, improving diagnosis and treatments and running groundbreaking clinical trials for all blood
cancer patients. 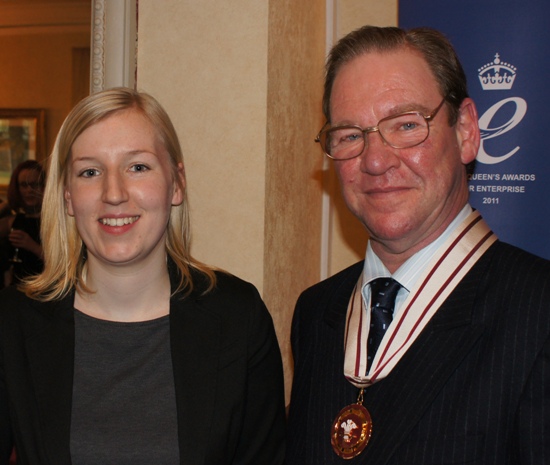 The money has been raised through all manner of activities. Employees make regular contributions through the payroll, raffles and jumble sales have been held and money has been raised at industry exhibitions like PestTech. Notable events in 2012 were a 24-hour cycle event and an ice skating marathon.

The good news is that little Callum has just recently completed his final treatment and is now doing well in remission.

If you would like to make a donation please click here to visit the Russell IPM Foundation Just Giving page. 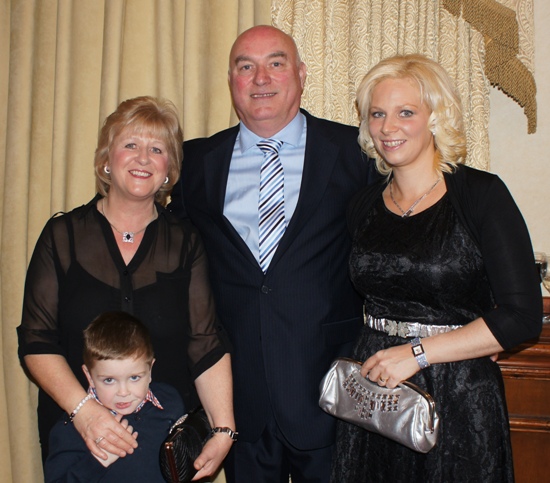 Callum Gosling is pictured with Grandma June Monaghan (left) whose retirement was also marked
during the Friday 21 December celebrations. However, the customer service role will stay in the family.
June’s daughter, Callum’s Mum, Andrea Gosling (right) will be taking over from her Mum in the New Year.
Completing the family line-up is Grandad Steve Monaghan