With readers votes very close, Romax Muskil whole wheat bait took the winners spot in this year’s Pest Best Product award. The results were announced during PestTech and the presentations made.

The fifth year of the Pest Best Product Award saw Barrettine Environmental Health return to challenge for first position; a position they had made their own in three of the previous years. But, with two other Muskil products (Muskil wax blocks and Muskil pasta bait) also nominated, was it going to be a case of splitting their vote? In the event their popular Muskil whole wheat bait proved to be Pest reader’s number one choice.

A delighted David Haskins, sales director at Barrettine said: “This is the fourth time we have had the privilege of winning this award. We at Barrettine pride ourselves on innovation and we would like to thank all our customers who voted for Romax Muskil whole wheat bait as they clearly appreciated its benefits in use.” 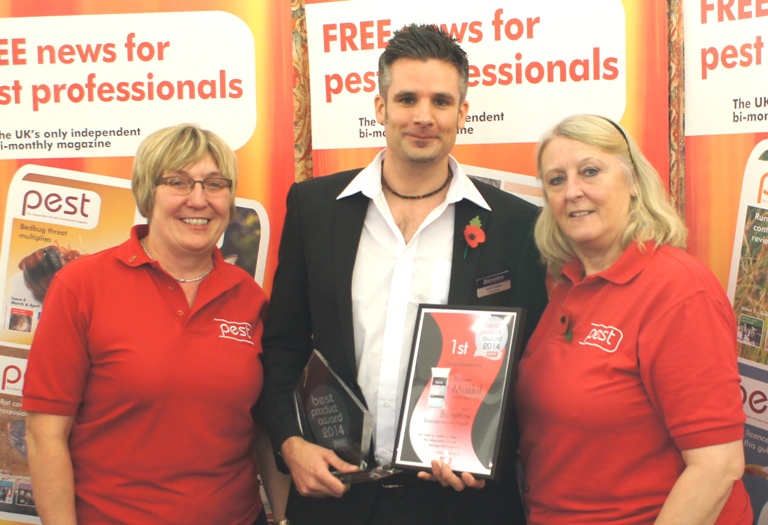